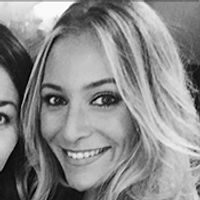 Who knew 10 years ago, that we would be speculating about life without social media in 2018? Did we ever predict that it would become the phenomenon it has become? I'm not sure we did. As new platforms have graced the social media stage over the last decade, we have continued to fall down this black hole of 'real life' that's actually just a load of bullsh*t that surrounds our real lives. The hole is infinite and I think, for many of us, abandoning it now almost seems impossible.

Speaking for myself, I've noticed that the way I use social media has changed dramatically, particularly since I met my husband who is one of the rare ones - he just doesn't feel the need to use it. I seldom scroll Instagram now and I never use its search function. This shift has occurred in conjunction with platform changes that no longer suited me; the order in which posts are displayed and the increase in sponsored advertising. I do however, upload to my own account. One thing that social media has become (among many things), especially for my generation, is a visual timeline of our lives. Facebook is virtually dead in my social circle, yet I won't delete it because I'd essentially be deleting 11 years of my life that I might not have saved anywhere else. Status updates from my school days still garner a few laughs and just remembering periods in time that would otherwise be lost to memory is something to be cherished. Just because it's digital and swims in a sea of negative connotations, it doesn't make it any less special. My Dad wrote and kept hundreds of letters in his youth. I guess these are my letters.

So what would life be like if we didn't have it? I'm going to stick my neck out here and say that it would probably be a damn sight better than it is now, for a million and one reasons that I'm not going to go into on this blog. If we'd never had it I doubt we'd be missing it now.

How wonderful life would be without it. We can't slam it for all its faults though. It's also been an amazing tool. My family are spread over continents, and thanks to social media, we feel closer than ever and this is just one of the positive aspects.

What do you think?

If social media has grown to be a massive part of our lives, then why are so many quitting it? photography by Jake KennyInstagram it, or it didn’t happen. This is like the modern equivalent of the old philosophical brain teaser: ‘If a tree falls in a forest and nobody’s there to see it does it make a sound?’ We express ourselves in 140 characters or less and showcase what we’ve been up to within the neat confines of an Instagram square. Today many of us document everything we do online. We take pics, make it look a little bit better than it actually did and watch the likes rack up. According to ONS statistics, the UK has the highest number of social media users in the EU, the majority of them being in the South East.

Is 2018 The Year You Get A New Job?
Laura Chetcuti